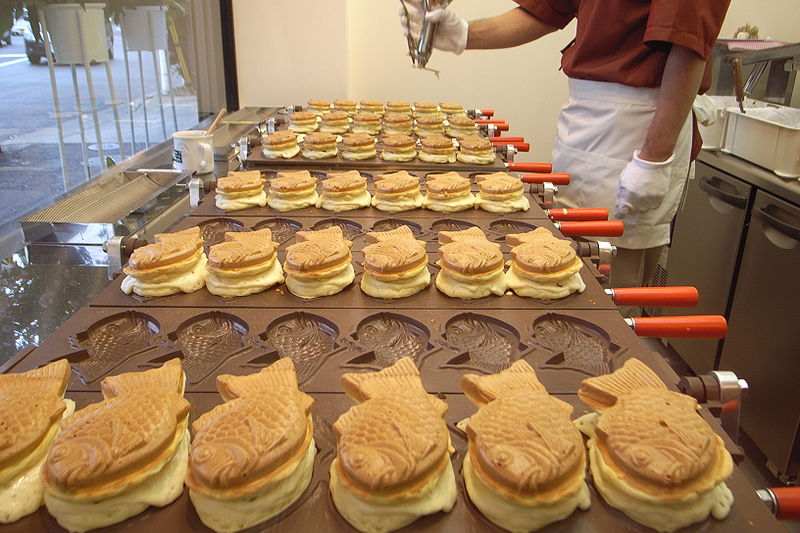 With the weather cooling down the one thing everyone is craving is a warm treat to help keep the chill away. In Japan, a very popular such treat is taiyaki (たい焼き), a baked Japanese sweet stuffed with sweet red bean paste, or anko (あんこ), and served warm. Though the treat’s name translates literally as “baked sea bream”, there’s no fish in this sweet treat, the name actually comes from the fish-shaped mold that the snack is baked into. It’s very common to see taiyaki stands at any matsuri (祭り), or festival, in the winter, as they’re easy to hold and keep you nice and warm.

Taiyaki was created around 100 years ago in Japan and since its creation it’s remained generally unchanged until very recently. The origin of the fish shape is unknown, but the most common belief is that, because sea bream were very expensive at the time it was shaped in such a way as to make the eater feel as if they were eating luxuriously. Tai (鯛), the Japanese word for sea bream also is similar to the Japanese word medetai (めでたい), meaning happy or prosperous, so they’re often eaten to bring luck. While taiyaki’s history dates back at least 100 years, its first big boom in popularity didn’t hit until 1976, the same time that the children’s song Oyoge Taiyaki-kun (およげたいやきくん), which translates to Swim Tayaki-kun, became very popular among everyone from children to grandparents. The song actually still holds the record for the best selling song in Japan at 4.5 million.

Taiyaki is a very simple snack, though there are many different flavors and variations popping up around the world; the basic taiyaki is a simple crispy fried pancake with sweet red bean paste on the inside. A flour based waffle or pancake batter mix makes up the outside of the sweet; since there are many minute details in the taiyaki pan, the mixture is usually thinner than most waffle mixes. The best taiyaki has a crisp shell that has been baked to a golden brown color. The inside is a simple mix of azuki (あずき) red beans and sugar, which has been boiled and mashed into a paste. 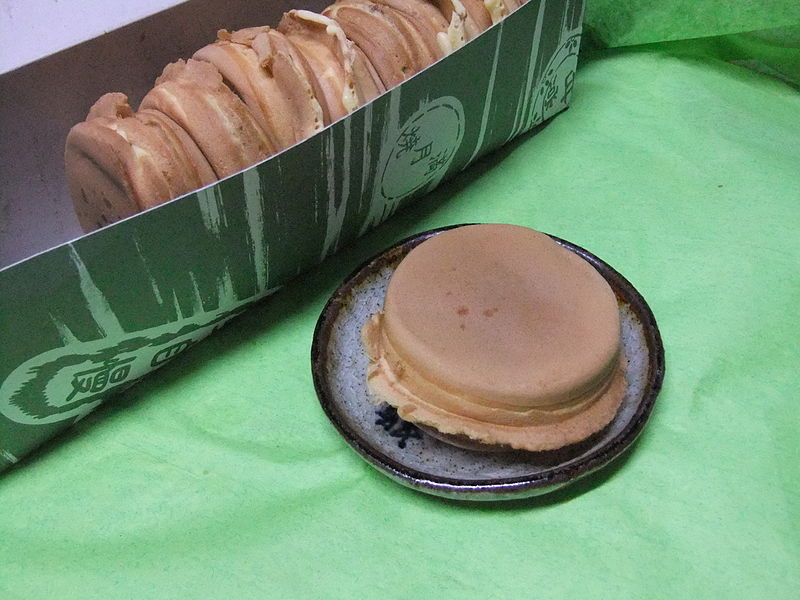 Taiyaki’s origin can be traced to imagawayaki (今川焼) (called oobanyaki (大判焼き) in the Kansai region of Japan.) Imagawayaki was first sold in the Edo period near the Kanda Imagawabashi bridge (神田今川橋) in the Kanda district of Tokyo, which is where it got its name. Imagawayaki is, like Taiyaki, a simple sweet made by sandwiching azuki in a simple pancake or waffle batter then baking them in a pre-shaped pan. The batter on imagawayaki, however, is poured on thicker than it is on taiyaki, leading to a softer, more cake-like texture.

You don’t have to be in walking distance to a taiyaki stand or even in Japan in order to indulge in this delicious Japanese treat. At Asahi you can purchase frozen, pre-made taiyaki and imagawayaki, ready to heat up in the microwave and enjoy at any time. If you’re feeling adventurous, you can also purchase a taiyaki pan, hotcake mix, and pre-made anko to make your own taiyaki at home. The only thing you have to decide now is how are you going to eat your taiyaki: head first or tail first?

Are there any topics that you’d like to see us cover? Leave a comment and let us know!