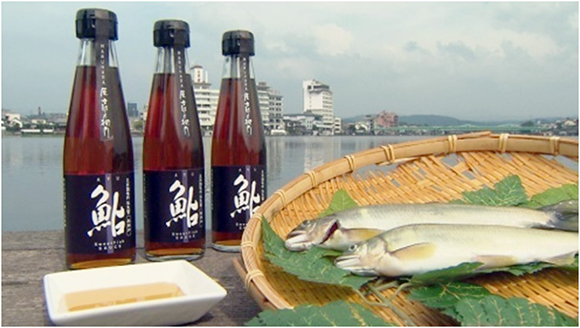 Fish sauce is a very unique seasoning that is popular in many countries all across Asia. These different types of sauces are usually made through the fermentation of different specific fish with a variety of spices – they range from simply using only salt to using large batches of brand-specific seasoning mixes – then squeezing or pressing the mixture to release all of the liquid. Though there are many types of fish sauces called by many names (it even goes by different names based on the prefecture in Japan), Ayu Gyosho (鮎魚醤) has recently become a very sought after variety.

Though Ayu Gyosho is a relatively new development, it’s producer–Maruhara Brewery-is a soy sauce brewery established over a century ago. Ayu Gyosho was first conceived when local farmers consulted with Masayuki Hara, the current president of Maruhara Brewery, to figure out a good use for the Ayu sweetfish that could be more available year-round, as local fish farmers were only able to catch the fish irregularly. It took 4 years of work and research to perfect Ayu Gyosho in a way that held up to the brewery’s standards. 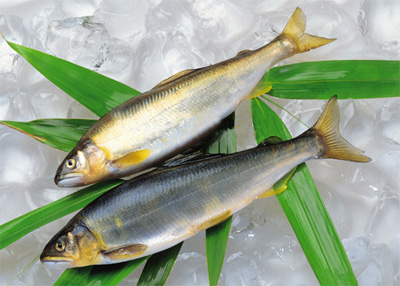 The process of making Ayu Gyosho is relatively simple, which is part of what makes it so popular. There are only two ingredients in Ayu Gyosho: table salt and ayu sweetfish, a small fish found along the coast of Hokkaido, named as such due to it’s sweet flavor. After fermenting with the salt for around six months, the fish is then squeezed to collect all of the created juices. The sauce is then left to filter for four months after that in order to relieve it of any unpleasant smells and to leave it with a rich, complex aroma that only enhances its flavor more. 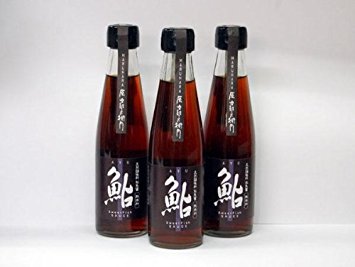 Ayu Gyosho can be used the same way you’d use any other fish sauce: make a vinaigrette, use it in soup bases, or even add it to a marinade. In fact, you can it as a general seasoning, the same way you might use soy sauce or sesame oil. Since it’s more mellow and less pungent than other fish sauces, it’s a great addition to any cuisine; no need to worry about overpowering the dish with a strong flavor or smell. Your possibilities are almost endless!

Do you want to try Ayu Gyosho fish sauce to see how it holds up to your everyday choice? Or maybe you’re just looking to try a new flavor in the fish sauce game. Stop by Asahi to pick up a bottle today!

Are there any topics that you’d like to read about on the Asahi blog? Leave a comment below and let us know! Your topic could be the next one we cover!